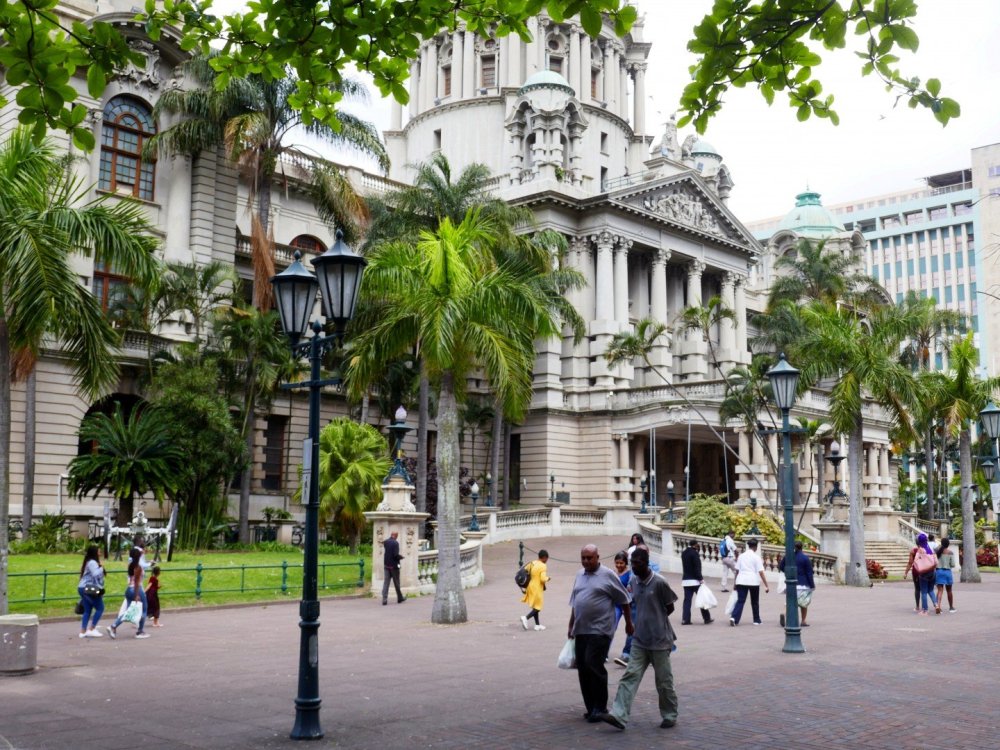 The Durban City Hall, now also known as the eThekwini City Hall was built in the 1900s based on the Belfast City Hall in Northern Ireland. It is still a very impressive building, though in modern times surrounding central business district buildings tower over it.

I am not a great fan of photographing buildings, but there was an ulterior motive here. I was always told that my “Spanish” Great Grandfather was a master stone mason who came to Durban as part of the crew who built the Durban City Hall. With a bit of time on our hands it was worth dropping in and taking a look, though we didn’t have the time to go inside. Here are a couple of the photos I took.

Wandering in the garden outside, the wall of remembrance has been badly vandalised, apparently by thieves looking for metal, but statues of Queen Victoria and Jan Smuts were in reasonable condition, along with a Boer War memorial.